3 Ways to Solve the Moire Effect on the LED Screens

What is the moire pattern?

When shooting image on the working LED display , some odd stripes and irregular ripples appearing on the LED display screen . These apples are called moire pattern or moire effect . Moire effect is a visual perception that occurs when viewing a set of lines or dots that is superimposed on another set of lines or dots , where the sets differ in relative size , angle , or spacing.

The main effect of the moire effect lies in TV camera . If the LED display has unbalanced illumination between pixels , the image quality on the LED display Will be affected and cause glare when viewing the display at a close distance. Which sets a big challenge to TV studio production and other live production on video equipment.

To get the most out of your LED display, you will want to avoid the moire pattern at all costs. 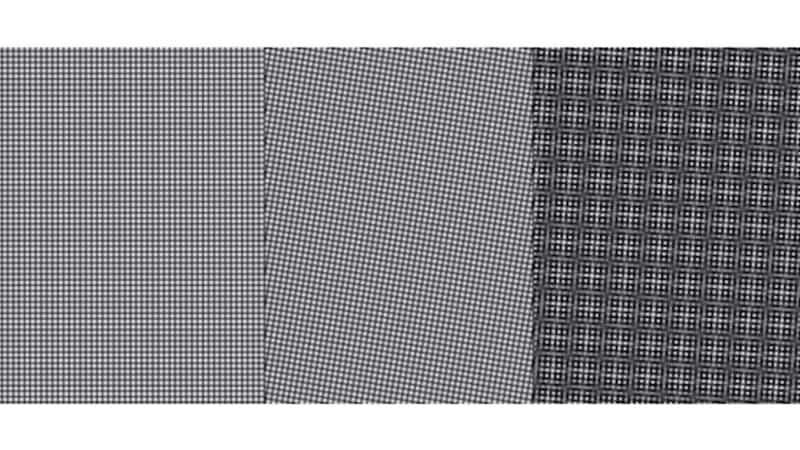 How do moire effect occur?

Moire phenomenon is a manifestation of the beat principle. When two patterns with spatial frequencies overlap, another new pattern is usually generated. This new pattern is usually called Moire ripple. Due to the CCD (image sensor) target surface (photosensitive surface) of the camera, and the large LED screen is composed of dot-matrix luminous tubes arranged in line, the entire large LED screen does not emit a large area, forming a grid-like pattern If they overlap, a moire pattern is formed. 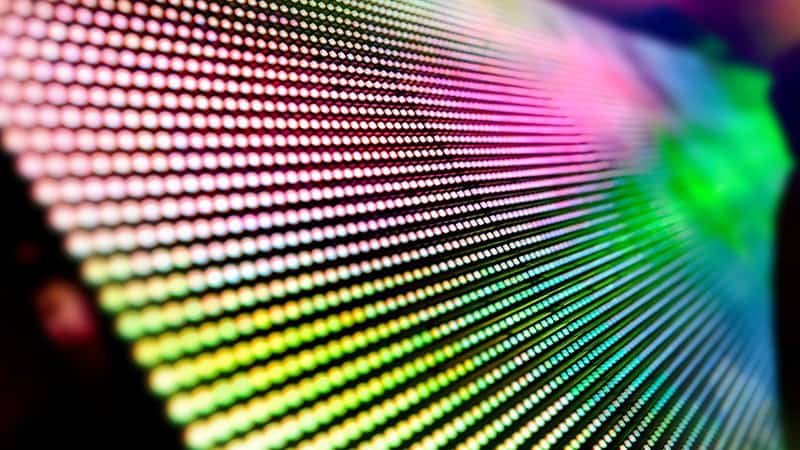 How does this impact photographing and videotaping LED display?

This can pose a large challenge when trying to. An LED board that looks crystal clear in person may look awful as an image due to the moire effect. From personal experience, this can be very frustrating – but luckily there are ways to combat this pesky phenomenon. 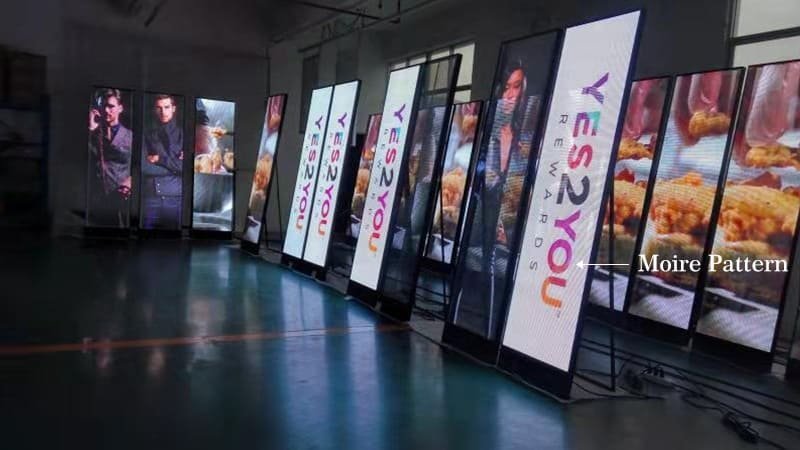 3 ways to get rid of the moire pattern

Combatting the moire effect can be tricky, and there is no sure-fire way to eliminate it. However, with some trial and error, there are several steps that can be performed to reduce it. Here are some ways to combat the moire pattern:

The moire phenomenon is caused by the image detail being smaller than the interval between each image sensor. The spatial offset improves the horizontal resolution of the CCD camera brightness as much as possible. However, this method still cannot completely eliminate the moire of the large LED screen, because the image sensor still has a certain spatial frequency and cannot be continuously formed into one surface.

An optically processed screen will be fixed closely to the surface of LED display, The special screen contains certain proportion of light absorbing material and a bead lens coating.

Through the optically processed led large screen, the camera can taking pictures that do not produce moire at almost any angle, any position, and any focal length. The optically processed large led screen, its brightness and color temperature meet the requirements of TV shooting, and there will be no moire interference.

3. Adjust the camera when taking pics or video

Change the position of the camera and change the angle relationship by moving left or right or up and down to reduce the moire.

Changing the focus of the camera will adjust the resolution of the photo, thus changing the overlay patterns.

#3 Adjust the focus to a different area:

Too clear focus and details on the detailed pattern may cause moire, and slightly changing the focus can change the clarity, which helps eliminate the moire on the large led screen.

lowering the camera’s shutter speed will help compensate for the low refresh rate of the LED screen, which will reduce the horizontal bar effect.

Sometimes the moire effect is simply unavoidable. Or what if you have a great picture but the screen doesn’t look good? Luckily, powerful photo editing software such as Photoshop can do wonders in reducing this effect as well.

So, generally speaking, the moire effect is not by the LED screen good quality or bad quality, it is about how do you set up the camera.

PrevPreviousLED Wall For Churches, How to help your church thrive during COVID-19
NextWedding LED Display, Illuminate Your CeremonyNext