LED Display Control System, Which brand is the best choice?

What is LED Display Control System

Based on the functionality and features, LED control systems are divided into two main categories:

It is also named as offline LED card or offline control system that operates on the memory storage function. It is ideal for graphics or animations, symbols, text or video effects. Its main job is to display information with the help of a serial port or cables, which always has LED display frame memory to ensure quick and easy play. Users can also use its flash memory feature to save programs and sync them with the LED card so that the flash memory can display the respective program automatically.

Designed to display graphics, notifications and videos in real-time, synchronous control system is a perfect choice for indoor as well as outdoor use. The major job of this control system is to manage synchronization of the LED display screen so that it can work at 60 frames per second rate along with dots to dots mapping on the computer monitor. Users are rest assured of getting a multi-gradation color display with amazing multimedia advertising effect. The worth mentioning fact is that its sync LED control card works with the controlling PC, instead of working separately. 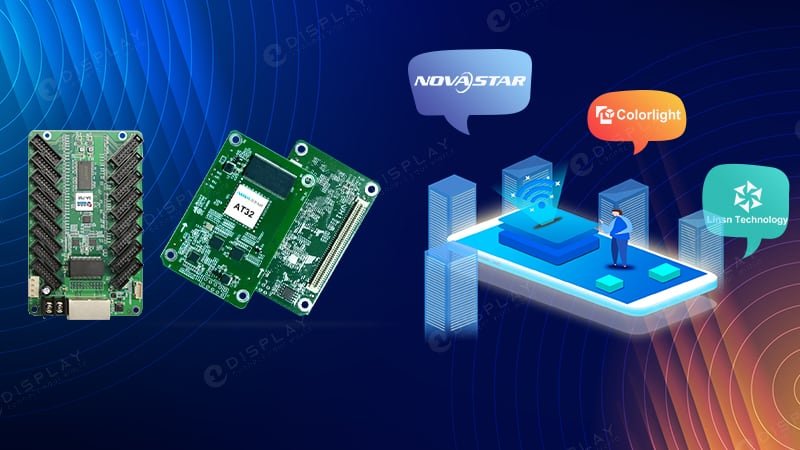 First generation of NovaStar’s Synchronous Control system N100 was installed on the 3,400 ㎡ main screen on Morgan Plaza for 2008 Beijing Olympics – which is still operating in its full functionality till today.

On July 23rd, 2007, Colorlight was established at Zhongguancun Science Park in Beijing

Since then, Colorlight has been dedicating in research and development of technology of LED control system, and dedicating in to create more value for clients

Now, Colorlight is a national high-tech company that possesses core technologies in image, communications, and optics.

Especially in the aspects of the hardcore of LED display technology–control systems, no matter software or hardware, have become the industry’s actual criteria.

And aslo Mooncell, SYSOLUTION, DBstar, Huidu Technology, Listen Vision these are also very nice companies, do not do a one-to-one introduction, interested can click into the official website to understand.

LED display control system is a significant part of the LED display; quality and service are particularly important.

Now, most customers choose the brands Novastar, Colorlight, Linsn, mainly because they do good products and keep up with the service.

They have after-sales service point distributors that can meet the needs of different customers in many countries.

Please leave your comments if you have any more recommended LED display control system companies to us.

Resource: What Is The Difference Between Synchronous And Asynchronous?